By someone who has toured with both

My wife and I are occasional cycle tourists. We have mountain bikes and we camp. We wanted the best way to carry all that gear so we bought some BOBs YAKS trailers (www.bobstrailers.com). We’ve done short tours locally and a 2 week trip in Western Australia. We also were without our car for a few months and used pedal power as a replacement. Later we also toured New Zealand and for a variety of reasons chose to use panniers. Now for all those wondering which way to go here’s some pros and cons of each 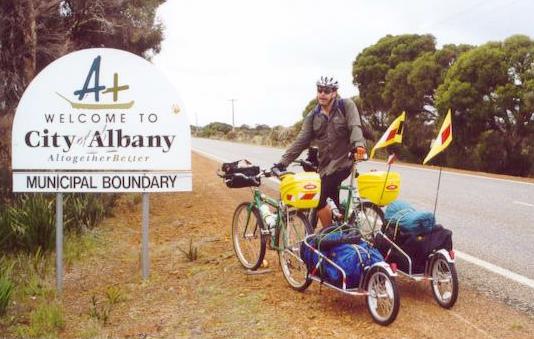 I hope this helps those trying to chose a solution for their next tour !